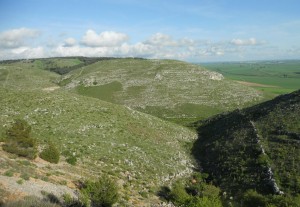 The Alta Murgia National Park, constituted by Italian Presidential Decree on 10 March 2004, is located in the southern Italian region of Apulia and covers a surface area of 68,077 hectares.
From a geological point of view, it is among the most important karst areas in Italy, mostly characterized by calcareous soils and with remarkable geological phenomena. It is one of the largest dry grassland areas in Italy, hosting one of Europe’s and the world’s largest populations of the Lesser Kestrel (Falco naumanni) a priority bird species. The Park has excellent biodiversity: surveys have uncovered about 1500 plant species, 25% of the total species present throughout Italy. 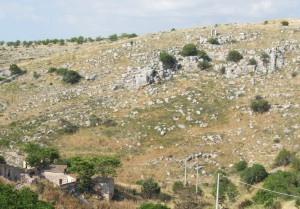 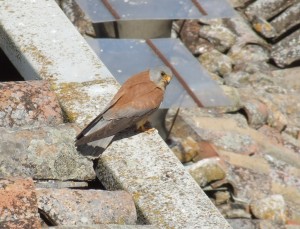 Dry grasslands are made up of several clearly defined vegetation types and provide the ideal habitat for many threatened or rare bird species, such as the Lanner Falcon (Falco biarmicus) or the Honey Buzzard (Pernis apivorus), which use the grasslands as hunting and trophic areas during the breeding season. It is therefore vital to assure the presence of their prey species. Both of these raptors require large, open areas for hunting with suitable taller vegetation for roosting sites.

Many passerine species, e.g. the Woodlark (Lullula arborea), use this environment for nesting and roosting and have slipped into unfavourable conservation status due to changes in agricultural practices over recent decades.

In the Alta Murgia National Park, the perennial action of nature is inextricably linked to agricultural and pastoral activity, which has been going on for millennia. The area has been exposed to a hugely accelerated process of habitat loss and fragmentation by a number of combined pressures. Among these, the Common Agricultural Policy drove transformation of natural grassland pastures into cereal crop areas through stones cleaning. Agricultural abandonment, change in the use of land, intensification of farming, urbanization and abandonment of or irrational grazing result in lower numbers of plant, invertebrate and consequently bird species. 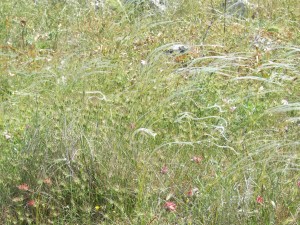 Many species in the Park are protected under the Habitats Directive 92/43/EC. These include many animal species with 7 mammals, 4 reptiles and amphibians, 4 invertebrates and one plant species, Stipa austroitalica. The Park is home to 34 Wild Bird Species listed in Annex I of the Birds Directive 2009/147/EC, some of which are on the list of bird species considered “Priority for funding under LIFE” as agreed by the Ornis Committee. Moreover, there are another  21 regularly occurring migratory bird species, not included in Annex I of the Birds Directive.

With the contribution of the LIFE financial instrument of the EU