The exotic Ailanthus altissima (Tree of Heaven), a plant species of Asian origin, is one of the most harmful and widespread woody invasive species in Europe (www.europe-aliens.org). It is regarded as “highly invasive” as it reaches the heart of protected areas, natural, semi-natural and even urbanized environments which it colonizes rapidly and spontaneously. The species is very rustic and able to adapt to any type of soil and water regime. The invasive capacity of this plant is explained by its ability to reproduce equally well both by seed and asexually. In a year, just one plant can produce up to 300,000 samaras, dried fruits which can be transported over long distances by wind and water. Young seedlings grow very quickly and show remarkable vigour.
Ailanthus also spreads by means of its extensive and vigorous root system, generating numerous suckers and progeny plants. Plants invade natural areas forming highly dense stands that displace and outcompete native species, thus altering protected habitats and ecosystems. 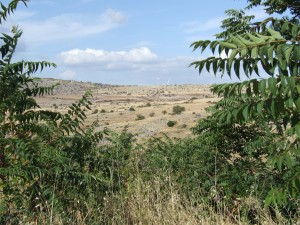 In recent years, the species has been spreading rapidly and multiplying in the Alta Murgia National Park (AMNP), changing its ecosystem structure, replacing and altering native communities of greater conservation value, causing natural habitat loss and degradation. Our preliminary studies on a 125-km route found Trees of Heaven on average every 580 m. Many plants and infested areas grow in vulnerable natural habitats, on rocky soils, along roads crossing the park and at forest edges. Infested areas are widespread and common throughout the Park. 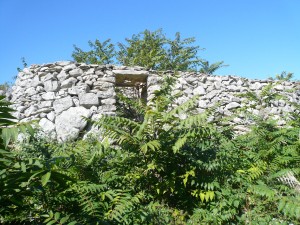 There is no exact record with regard to the starting date of the infestation in natural habitat. It presumably began with inhabitants of nearby villages or countryside planting Ailanthus in their gardens for ornamental purposes, unaware of their invasive potential. The offspring were then dispersed by seed. 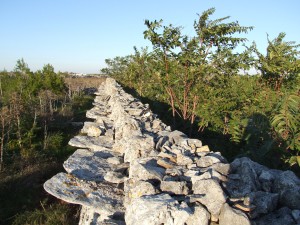 They must be thousands of Ailanthus trees in the Park, although they present not as “single” plants but rather are found in more or less dense “groups”, due to their reproductive traits. Due to its ecological and invasive character, its presence is patchy within the park, although it is mainly concentrated along roadsides, as well as in depressions, around wells and pools, etc., and less so in stony and drier areas. Its infestation thus affects more or less the whole park area, but the true area infested may be a small percentage of the total, and is estimated to run to between 5 and 10%. Farmers are no longer planting it in private areas within the Park boundaries. At first, it was mainly found in public areas but is probably now equally distributed, in percentage terms. Outside the Park, in neighbouring areas A. altissima is mainly present along roadsides, and around wells, pools and abandoned buildings. Of course, these may be sources of re-infestation, but their reintroduction can be prevented and avoided by the long-term measures put in place under this project.

With the contribution of the LIFE financial instrument of the EU

The project final report has been published in the documents section